In June 2021, I took my horse Faith to a gymkhana show at CRC Ranch. Faith is a 14.3 hand buckskin paint that I got for free eight months ago. When we first got her, she reared and bucked. I was told she would never be a gymkhana horse; but they were wrong.

In 2017 faith was bought by a man for his granddaughter to ride. They were told that Faith was well trained. Once they got home with Faith the granddaughter hopped on her new horse for her first ride and was immediately bucked off. After that, she was scared of Faith and didn't want to ride her anymore. They kept faith in a pasture in their backyard where she just sat unridden. After 3 years of just sitting there, the man decided to get rid of her as she was just costing him money so he put out the word that he had a free horse up for grabs. My friend saw her and decided to bring her to the barn to try her out in hopes of getting her as a project horse. Once she got to the barn she was an anxious mess and was more of a project than my friend was expecting. She decided that she didn’t want to get her anymore. The owner of the barn then looked at her in hopes of making her into a lesson horse but decided not to as she is more of a project than she wanted. She was just sitting in her stall unclaimed.

My mom had fallen in love with Faith while working with her and decided that she wanted her. When we got her she had bad teeth and her feet were uneven and we had to get her a bunch of stuff. When we started riding her she had rearing and bucking problems and she bucked my mom off so we decided to start from the beginning and retrained her. We started with lots of groundwork and started working with trainers. After a couple of months of groundwork, we started getting on Faith. At first, we started by just putting saddle pads on her and saddling her without getting on. We also would put a mounting block next to her and lean on her to get her comfortable with pressure on her back. Once we started riding her we started with one rein stops. After doing that for a while we started walking her in the arena and doing short periods of trotting and just trying to keep her calm. After that was a success, we started loaping her and she was spicy but she started calming down after a bit. Then I started her on the patterns and she did them very nicely and had amazing turns which surprised me a lot. She picked everything up quickly and we were loaping patterns in no time!

Fast forward to the June show. It was Faith's first show and the first pattern was poles 1. Faith calmly walked into the arena. I could still see the dust cloud from the person before me as we walked through the alley into the arena. We waited for the judge to tell us to go and when they did we picked up our lope in a circle and started for the first pole. She weaved around the poles smoothly and quickly. She had just enough speed to get a good time but not too much to make the run sloppy. She was a little bit ahead of her line at the end but we finished out smoothly. We were all so proud of her and surprised when the announcer called out our time of a 12 (which is an AAA)! Overall she did amazing and I am so proud of her. 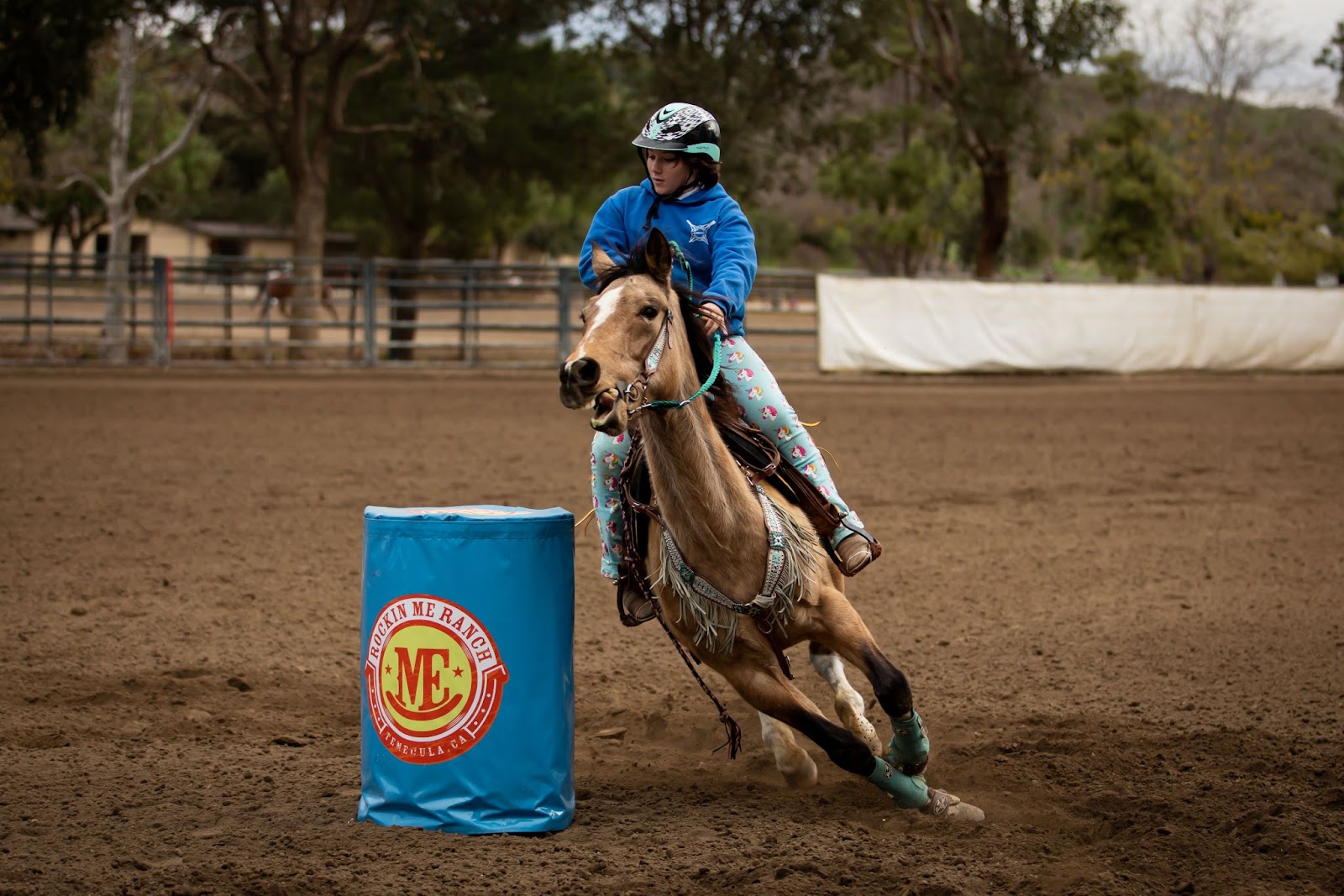